2018 brought many changes for Charlie and I. Charlie retired at the end of January and we began our focus on our move to the Wheelers’ Country Road. We had chosen a home to build on our property and we prepared our ‘city house’ to sale. We had set up dates to put in our septic system, extend our water and electric lines, and to build our foundation. Unfortunately, we had a few delays because of the weather.The time finally came for the work to begin and Charlie spent the week working with all of the contractors. I stayed in the city getting the house there packed up and ready to sale. Imagine Charlie’s surprise when he came home at the end of the week and I told him we already had a top rate offer on our house! Our plan was completely in action! 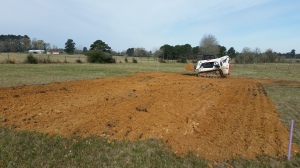 The house was set on the foundation and, again Charlie stayed in the country to work with the contractors to finalize all of the finishing touches to the house and to go through the inspection. I wasn’t in the city this time packing – I was in New York City on a last-minute business trip! Charlie worked all week on the new house and then drove to Houston to pick me up from the airport and drive right back to the country. It was so exciting to spend that first night in our new home even if it did mean sleeping on an inflatable mattress! It was a little sad to head back to the city but we knew that there would just be a few more trips between the two.

The next weekend we moved practically all of our furniture to the new house. All we left in the city was a breakfast set, 2 office chairs, and 2 twin mattresses for the next two weeks.

We loaded up the moving truck as

much as any truck could be loaded and headed up the next morning to Lovelady. This was going to be the last time to wave to the Sam Houston statue when we left Houston. Natalie, JT, Michelle, and Matt helped unload the truck. Well, not exactly. Charlie, JT, and Matt unloaded the furniture from the truck and us girls arranged the furniture on the inside of the house. We couldn’t have done this portion of the move without these four!

We were excited to have our furniture in the house and were able to host Benjamin’s birthday party.

We had lots of room inside to have lunch and birthday cake and open presents!

The grandkids had fun playing outside driving the motorized vehicles. The horses were quite curious about the cars and the kids!

On Friday the 13th, we closed on our city house and packed up a second moving truck. We worked all day (and some of the night) packing, purging, and cleaning. We repeated the same process on Saturday until early afternoon.

Then it was time to hit the road for one last trip from League City to Lovelady. Because of the construction on I-45, Charlie decided it would be better to take 59 and go through Livingston.

Since he was driving the big moving truck, this was a great decision. It’s also a more scenic drive taking the backroads rather than the freeway! This load was mainly boxes (LOTS of boxes) so we didn’t think we needed help unloading them but we were very thankful that Natalie came over to help us. Charlie had set up a very efficient process of packing up the side by side with boxes, unloading them on the front porch, and heading back for more boxes. I would bring the boxes he dropped off into the house. Although it felt great being moved into our new home, it was discouraging to have switched from a clutter-free house with only furniture to a house stuffed with boxes. The challenge to unpack was on! 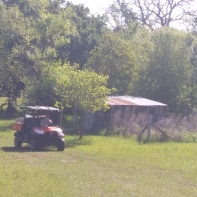 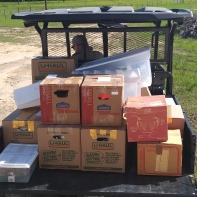 It’s taken us a while to get settled on our property. We finally have our white frame country farmhouse ready to begin our new adventure as cattle barons….well, ranchers anyway. 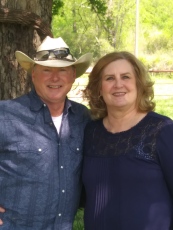 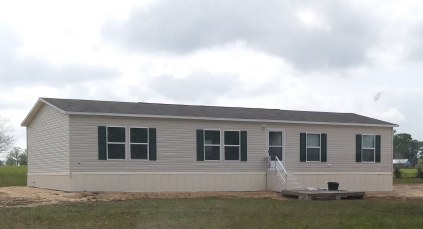 Coming soon – lots of new projects on the Wheeler homestead!